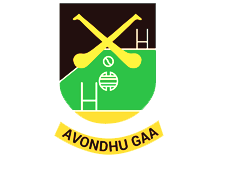 4 Cork players have made the Electric Ireland Minor football team of the year.

They are joined on the team along with 4 from Galway who the Rebels defeated in the All Ireland final,, Mayo and Kerry while Kildare while Tyrone and Monaghan have 1 each.

The Rebels by the All Ireland by 6 points after extra time following a gripping contest with the Tribesmen.

This site uses cookies: Find out more.
Scroll to top